Ask the Expert
Can people with diabetes drink beer? 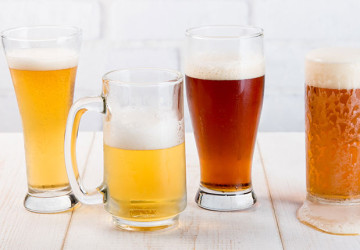 With football season in full swing, it’s also tailgating season and that usually means food and beers with friends. But is it OK to drink beer if you have diabetes? How much is too much? How many carbs are typically in a beer?

Is it safe to drink with diabetes?

People with diabetes do not need to cut alcohol out of their diet. As a matter of fact, many studies have suggested that light drinking (no more than one to two drinks a day) may be beneficial to diabetes, including a recent study from China that's been in the news. However, there are some important safety considerations for people with diabetes.

To prevent hypoglycemia, don’t drink on an empty stomach. Make sure you have food handy while you are drinking and keep an eye on your blood sugar.

How much is too much?

Alcohol consumption recommendations are the same for people with diabetes as the rest of the population: no more than one drink a day for women and up to two drinks a day for men. "Binge drinking" or drinking more than four drinks (for women) or five drinks (for men) within two hours, is strongly discouraged for health and safety reasons.

If you are at a sporting event and plan to drink over several hours, pace yourself and don’t overindulge. A good rule of thumb is to have no more than one drink per hour, and no more than three (for women) or four (for men) drinks in a day. And remember to drink plenty of water to stay hydrated!

When it comes to beer, one drink is 12 ounces, or one can or bottle of beer. But remember, some cans and bottles might be more than 12 ounces. For example, large 24-ounce cans are common at many sports stadiums; these would count as two drinks, not one!

If you are pregnant or underage, you should not drink any alcohol. Talk to your doctor if you have other medical conditions like liver or kidney disease, or if you are on any medications.

Is beer high in carbs?

Beer is typically higher in carbs than other alcoholic drinks like wine or liquor. But the carb content of beers can vary widely depending on the type of beer.

“Light” beers have the least carbs, usually 5 or less grams per serving. They are also lower in alcohol content. So if you know you’re going to have more than one beer while you’re watching a game, stick with light beers.

Hoppy craft beers like IPAs and stouts tend to be much higher in carbs, usually 15 grams or more per serving. They also tend to be higher in calories and alcohol, so it’s best to stick with just one serving.

Beer cans and bottles do not typically come with a nutrition facts label, so it can be hard to know how many calories and carbs are in a serving. You can find nutrition information for some of the major beer brands on websites like www.calorieking.com.

Moderate alcohol consumption (no more than one to two drinks per day) is perfectly safe for most people with diabetes.

To avoid hypoglycemia, don’t drink on an empty stomach and check your blood sugar often while drinking and up to 24 hours after you stop drinking.

If you are planning to drink beer during a sporting event or other occasion, here are a few tips to remember: